Love her, love her not? She's in the news, apparently mending fences with some of her famous ex-friends -- Whoopi Goldberg, Roseanne Barr, Rosie O'Donnell, and Iyanla Vanzant, a spiritual teacher, author with whom I am not familiar.

Perhaps Oprah's worried about her new network, OWN. When OWN launched in January, it had more than a million prime time viewers -- it's now down to about 275,000.

Oprah will figure out something -- a new gimmick -- or she'll discover a fascinating new face. Aside from the fact that books she praises become best-sellers, that movies she likes often become smash hits, her guests (if they're not already names), very often become BIG names.

At the moment she's being criticized because most of the high-profile programs on OWN are led by white people: Dr. Phil McGraw, Suze Orman, Peter Walsh, Cristina Ferrare, Dr. Laura Berman, Randall Sullivan, Dr. Indre Viskontas, along with shows starring Shania Twain, Rosie O’Donnell, and Sarah Ferguson, scheduled to debut later this year.

Is her not catering to black audiences hurting her? If it is, I'm sure that Oprah Winfrey will find a way to cater to blacks without turning off whites.

Actually, I'm not really interested in OWN, or how Oprah will find ways to make herself more of a success than she already is. She's a phenomenon, a super celebrity, an opinion maker, a lovable, likable personality, BUT ...

I don't watch her.

Never? No, never. I have never seen an Oprah Winfrey show. I can't sit through them. I get restless. I change the channel.

No name on my list is there because she is or was a performer. Yes, Oprah does many, many good deeds, but more than anything she is a star performer. And very astute. Though she allows her people to reveal bits about her private life, I'm not sure who Oprah Winfrey is.

Wait a minute -- Oprah's up-front, never pretentious -- she talks to the audience and her guests, looks them in the eyes -- admits when she is wrong. She even laughs at herself. We've seen her struggles with her weight -- see the wide variety of clothes, hairdos, grooming -- Oprah Winfrey lets us into her life ... sort of ...

Harpo, Inc., founded in 1988 by Oprah Winfrey, is her production facility in Chicago, controlling her entertainment interests -- talk shows, her magazines -- never read them. And I've tried to watch Dr Oz," but he annoys me -- I think he promotes himself too much. I tune in Dr. Phil occasionally, but he's preachy, and too humbly sincere about what he's promoting.

I guess I don't watch Oprah because ... well, she makes me feel small and unimportant. Maybe because I think of FAME as a huge bright green lawn, a stadium, a playing field surrounded by spotlights and a huge audience in the bleachers. 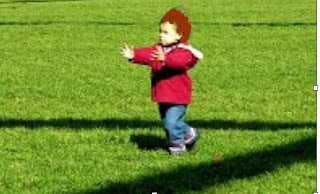 Wending my way to the center of that field, a few times in my life, I've always felt like a lost child.

I don't think Oprah can 'make' you feel that way Em...no one 'makes' us feel something unless it is there within us...

Oprah isn't making anyone feel anything, each person is making themselves feel something defendant on their own inner landscape...

None of whatever Oprah 'makes me feel' is really about Oprah but what is within each individual having their own response to the impact she has on them.

It's a pivotal moment I think when we realise no one is 'making' us feel anything but it is our own Self who is generating feelings in response to them.

Thats why someone like Victor Frankel could experience compassion and forgiveness when others experienced hate and anger over what was done to them.Everyone responded to the exteranl circumstances in their own way...as we do...

Frankl made reference to how no one can control out thoughts or our emotions, we are the creator and controller of them and thus no one can 'make' us feel anything...